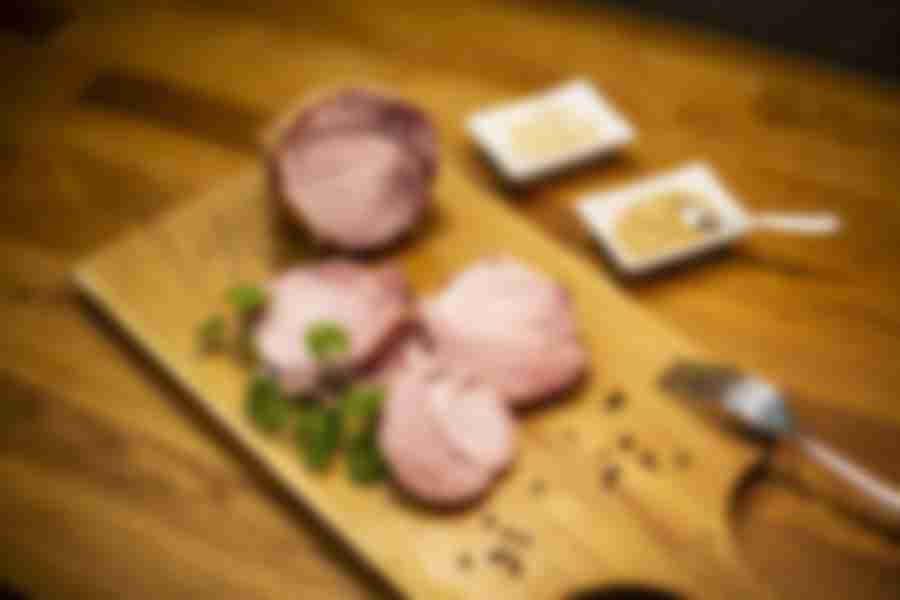 The coming Christmas Holidays are a time conducive to culinary activities. It is not only a time of giving presents, but also of family feasting. The dishes we made ourselves start appearing on our tables. The holiday ham is one of those menu items that will surely appear at many homes. Instead of buying it at a store, we suggest you make some traditional ham on your own. It requires about a dozen days to be prepared, but it is really worth it. Therefore, it is a good idea to already include it in your holiday preparations schedule.

Use the ingredients specified above to prepare curing brine. Add saltpetre, sugar and salt to water. You may also add your favourite seasonings to the brine.
Use some of them brine prepared for injecting the meat at several places (about 60 mL per 1 kg of meat). The meat so injected should be placed in the remaining brine. It is very important for the whole piece of meat to remain under the brine surface – thanks to that the meat will not spoil while being cured. If you do not have enough brine for that, add more, remembering to increase the amount of salt proportionally.
The meat can be additionally pressed from above, e.g. with a plate. This will ensure that it remains under the surface of the brine. Leave everything in the refrigerator for 10 days of curing.
Afterwards, remove the ham from the brine, dry it with a paper towel and place it into a meat netting. This actions will be facilitated and sped up significantly by using a netting applicator and hog ring pliers. 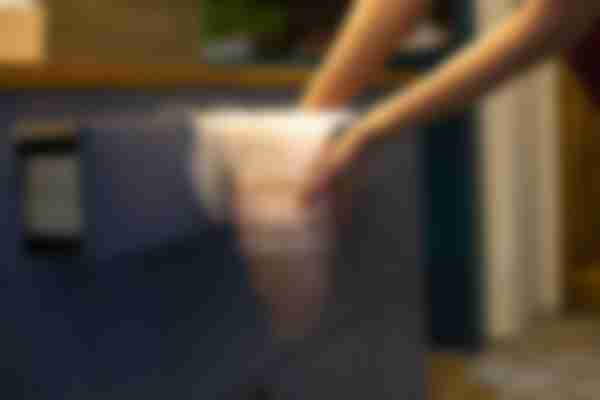 Next, place the ham in an oven pre-heated up to 140⁰C and roast it under cover for about 2 hours until the temperature inside the meat reaches 70⁰C. 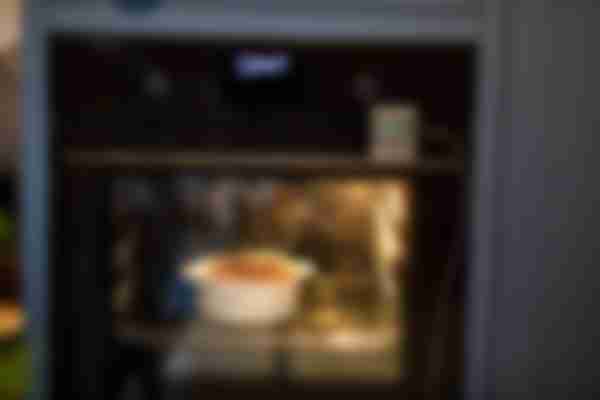 A perfect container for this job will be a Roman pot. Near the end of roasting, during the final 20 minutes, roast the meat without cover in order to brown it.
The ham so prepared will be juicy and you can eat it either hot or after it cools down - served with bread, best if homemade as well.

Bon appétit! ...because homemade is better! 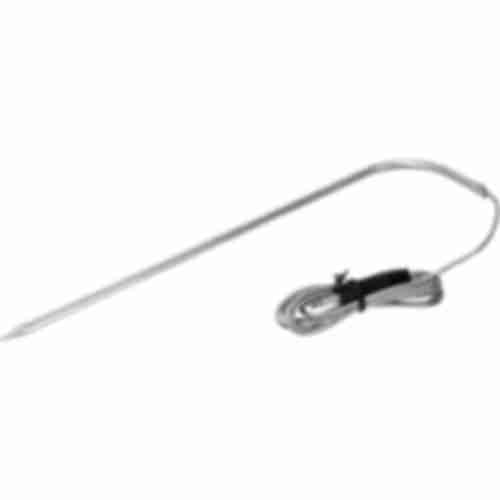 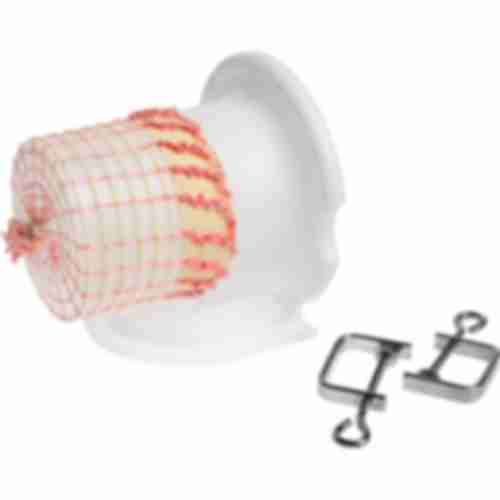 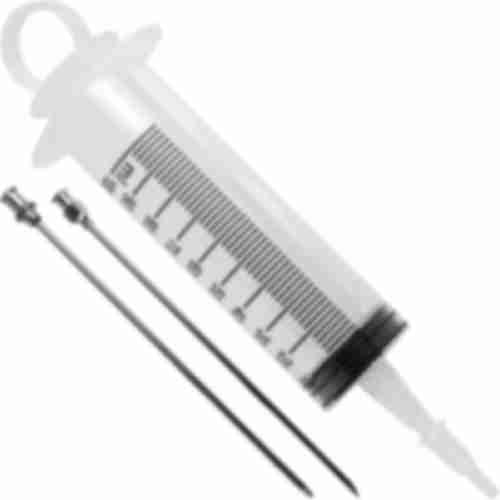 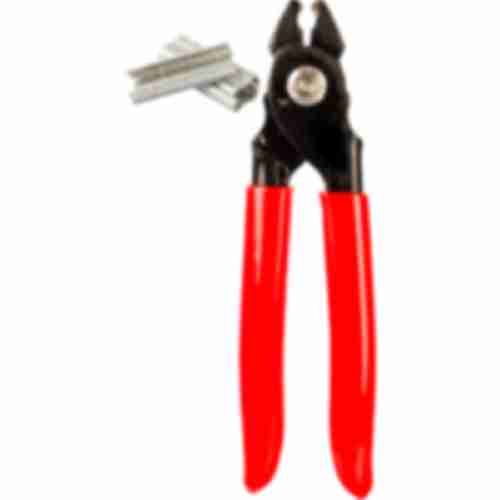 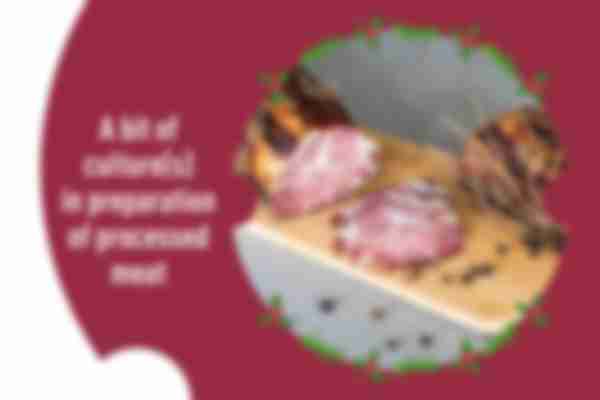 A bit of culture(s) in preparation of processed meat 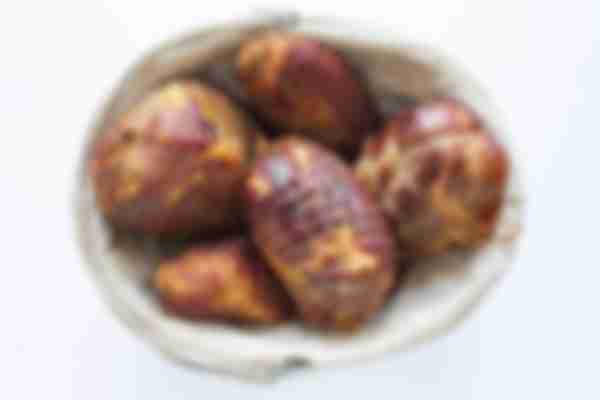 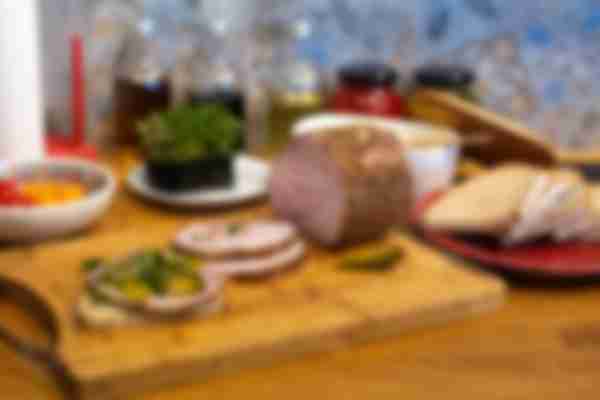 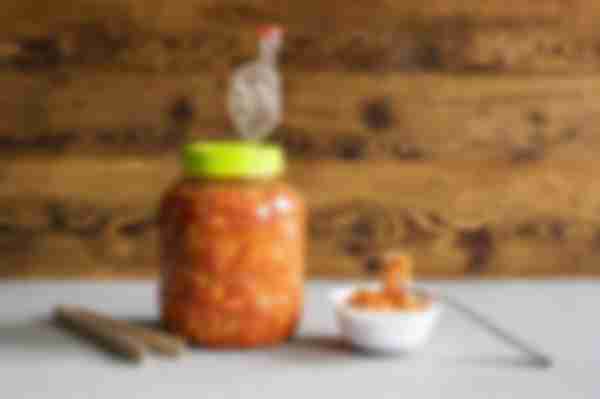