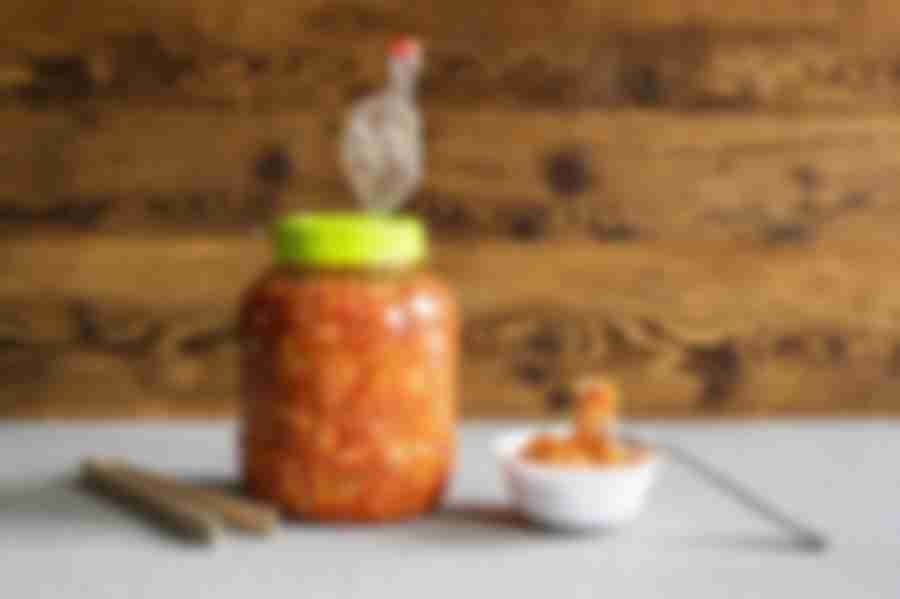 Ingredients for a 3 L jar:

* This amount can be changed according to one’s preferences. If you do not like food that is too spicy, you can add half the amount specified.​

** Can be replaced with light soy sauce.

Cut the napa cabbage in half, then each of the halves in half, and then all the resulting piece once again in half. Next, chop the cabbage into pieces with length of about 5 cm. Move the chopped cabbage into a bowl and rinse it in water. Drain the water and add 2 large handful of salt. Do not worry about the kimchi turning out too salty, as the cabbage will be rinsed later. Stir the salted cabbage well and leave for at least 2 hours (you can additionally apply pressure on it with a plate with weight). During that time, the cabbage will wither and release juice. Meanwhile, you can prepare rice gruel. It will be used for preparing a paste intended for rubbing onto the vegetables.
Pour 180 mL of water, rice flour, and sugar into a pot. Mix it well and heat it up, stirring it once in a while until thick gruel is obtained. A whisk or a silicone spatula will be excellent for stirring. Leave the thick gruel to cool down.
Cut carrot, radish, and apple in thin strips with length of about 5 cm. Cut onion into half-moons. Peel garlic and chop it fine. Once the cabbage releases juice, remove it, rinse the cabbage and squeeze water out of it well (the better it is squeezed, the thicker the kimchi will be).
Add fish sauce, chopped garlic, and chili to the cool gruel. Blend everything into a homogeneous, smooth mass. To this end, you can use a standard manual blender.
Move the cabbage and fragmented vegetables and apple into a larger bowl and rub them well with the paste prepared. Before you start rubbing the paste in, it is worth putting rubber gloves on – this will protect you against burning sensation and the intense smell that would remain on your hands for a long time.
Move the vegetables so prepared into a clean container in which you will conduct fermentation. In Korea, it is popular to make kimchi in plastic containers - we recommend using the brine pickling jar with airlock, but stoneware or ceramic containers will also be excellent for that. When moving the vegetables it is worth kneading them well so as not to leave any air between them. It is also necessary to leave some free space in the container - in case of a jar, about 5 cm below the screw lid should suffice.
Gases will be emitted during fermentation, so if kimchi is stuffed up to tight under the lid it might turn out that the liquid will be pushed out through the airlock and pour out from the jar.
Place the airlock in the screw lid, pour water into it until it is filled halfway, and leave the whole setup for at least two days. Fermentation should be carried out in room temperature. After the second day you may check whether the flavour is already to your liking. With time, the vegetables will soften and kimchi will become sourer. It may be a little “sparkling” to taste. After completing the fermentation, you can move kimchi to smaller jars and store it in a refrigerator.
The finished kimchi can be eaten on its own, as a starter, or as an extra to meals. It can also constitute a base for preparation of various dishes, e.g. kimchi soup, fried rice or noodles with kimchi, or stuffing for stuffed dumplings. 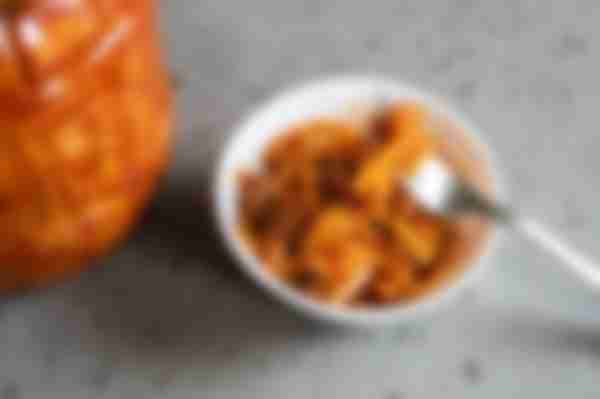 ...because homemade is better! 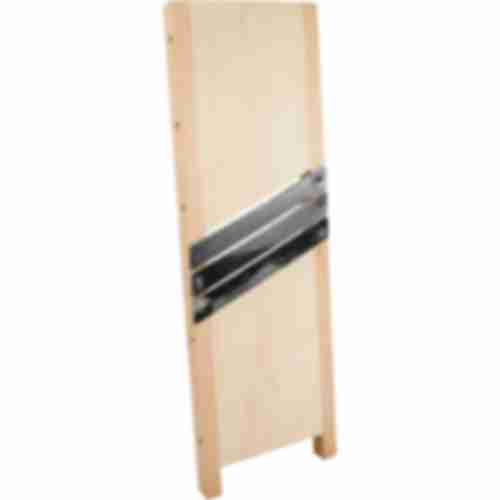 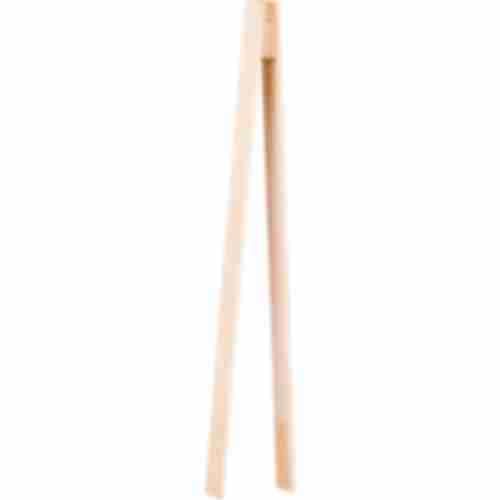 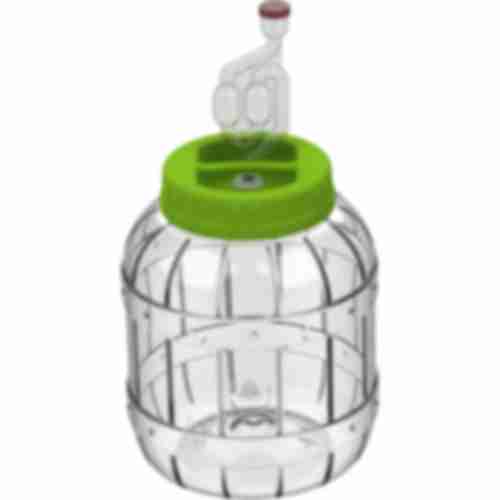 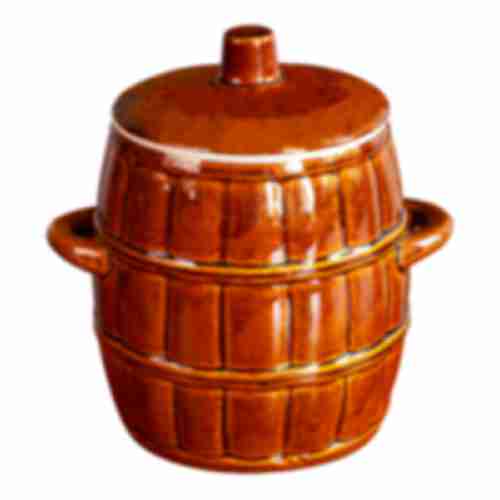 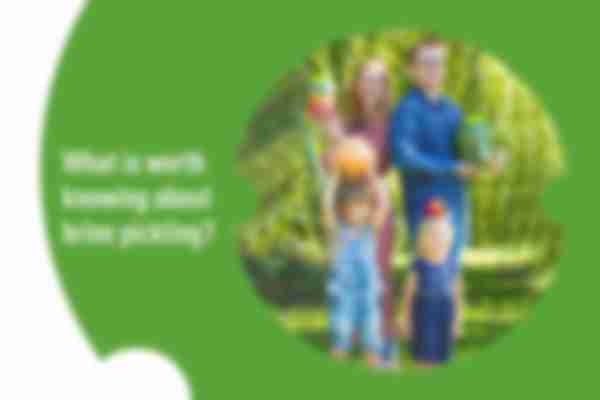 Brine pickled vegetables and more – what is worth knowing about brine pickling?

WINTER IN THE GARDEN - WHAT IS WORTH DOING THERE? 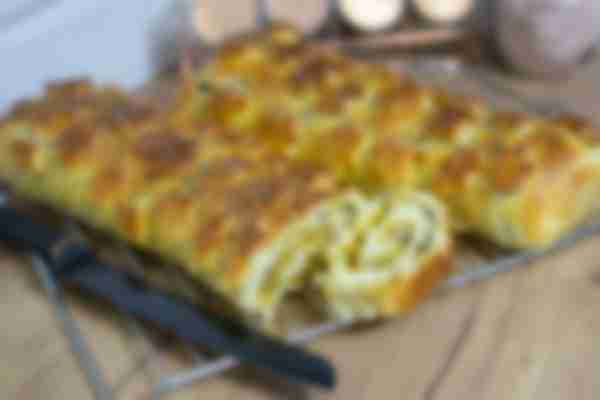 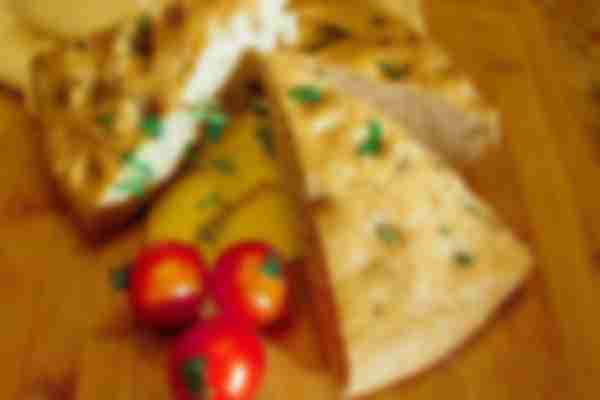