The containers feature a printed capacity scale, as well as valuable hints for preparing homemade wine, beer, and distillation batches.Note! Product in Russian language version - we also offer containers with information in other languages.Resilient and flexible - this fermentation container is made... more >


The containers feature a printed capacity scale, as well as valuable hints for preparing homemade wine, beer, and distillation batches.

Note! Product in Russian language version - we also offer containers with information in other languages.

The containers are resistant to discolourations occurring as a result contact with tannins from the fruit. The white colour of the container is not accidental - in any other colour the material could become discoloured under the influence of the alcohol produced, which could result in passage of toxic dyeing substances into wine.

The lid with an opening and 2 sealing plugs included in the kit enable sealing the container or installing an airlock. Meanwhile, drilling an extra opening allows installing an angular tube and conducting fermentation in multiple stacked containers at the same time.

In order to facilitate opening the container, it is necessary to open the lid slightly, slide e.g. a teaspoon handle into the resulting gap, and then pull that object around the rim of the container.

It is not recommended to clean the containers using rough washcloths, as this may cause scratches on the surface that might become a source of contamination.

When installing the tap on the container it is necessary to place the gasket on the outer side of the container. This ensures full tightness.

NOTE: These containers can be tightened further by smearing the container rim with petroleum jelly or edible oil. Before preparing the batch, the fermentation container should be disinfected thoroughly using potassium metabisulphite or Oxi Turbo.

The temperature of the containers prior to filling should be at least 5°C.

Maximum alcohol concentration in the batch: 70%.

- a lid with an opening,

Every country has its own legal regulations governing the manufacturing of ethyl alcohol, wine products, and spirits, introducing them onto the market, and regarding sanctions for non-compliance. 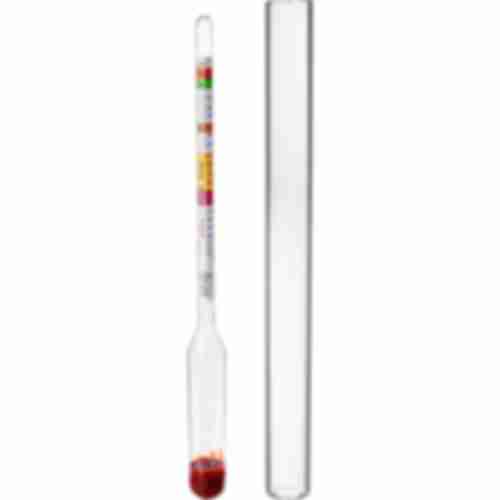 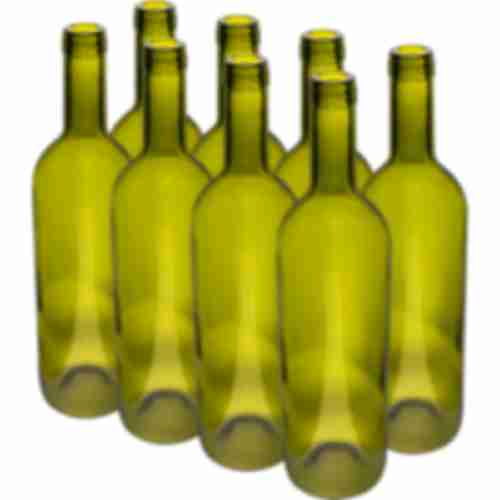 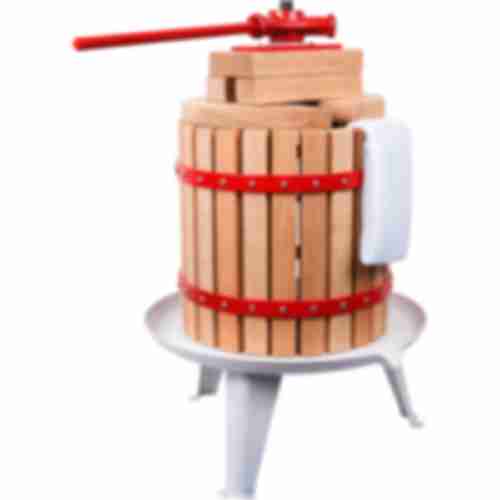 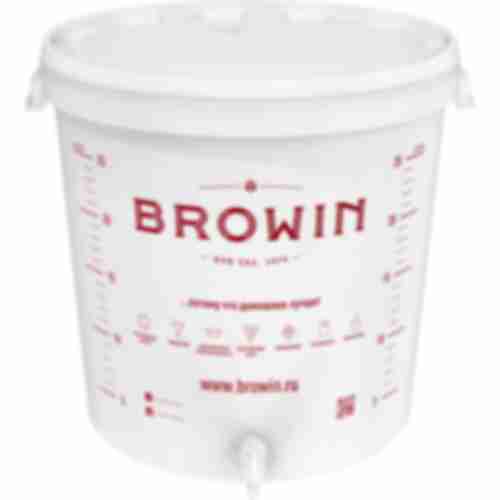 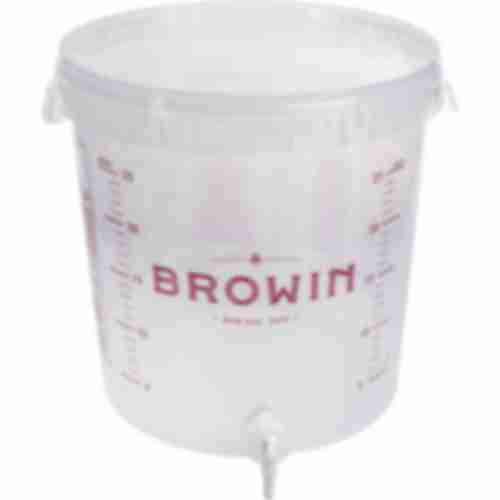 Transparent 30 L fermentation container with a print, a tap, and a lid 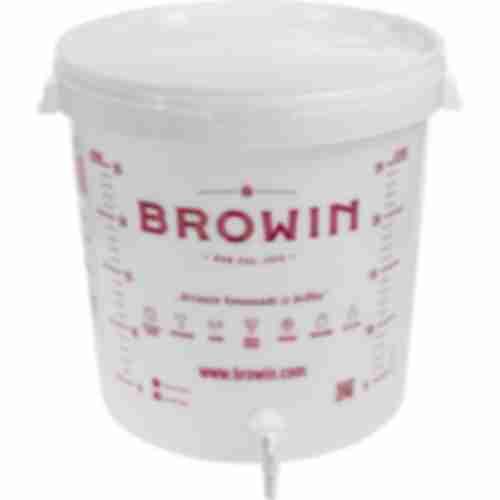